Let’s get this right once and for all Y’all

From northwest kids, to a Texas Blue Grass gang

Let’s get this right once and for all Y’all

I was presented with a question this morning on my new found southern speech. The question is how do we spell Y’all, because every one seems to have there own way to spell it.  But if Y’all must know, I researched this dilemma way before the question was ever asked. I was afraid I would look like an “uninformed Texan”, and well if Y’all know anything about Texans, we are full of one thing. And that is PRIDE! Below you will find the information you need to know and we will have this right once and for all Y’all! 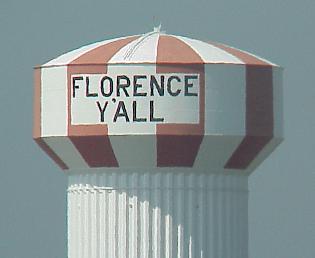 The Florence Y’all Water Tower in Florence, Kentucky. The sign was changed from “FLORENCE MALL” to solve a temporary legal issue with the intent to change it back soon afterward, but instead became an attraction in its own right.

Yall, sometimes spelled as “Ya’ll“, “Yawl“, or “Yaw“, and archaically spelled “You-all’“, is a fused grammaticalization of the phrase “you all”. It is used primarily as a plural second-person pronoun, and less often as a singular second-person pronoun. Commonly believed to have originated in the Southern United States, it is primarily associated with Southern American English, African American Vernacular English, some dialects of the Western United States and also Sri Lankan English.[1]

From northwest kids, to a Texas Blue Grass gang

We took the kids out to lunch in Austin at a Rib place called Artz Rib House www.artzribhouse.com so Elijah could have the opportunity to listen to a blue grass band.  He received a banjo for Christmas and has been self teaching, (he rocks)  it was a awesome way for him to hear some old guys jam. We all enjoyed the Texas sunshine, and truly a real down home restaurant…

“Today, My baby, Went from a little girl, To a little Lady.”

It is all fun and games in till some one gets hurt…. My bet it will be one of you Papa’s or her Daddy that will not be thinking this is all to “cute”, when all of those cowboys are knockin’.